Sponsorship strategy: men’s fashion as your next big sponsorship opportunity 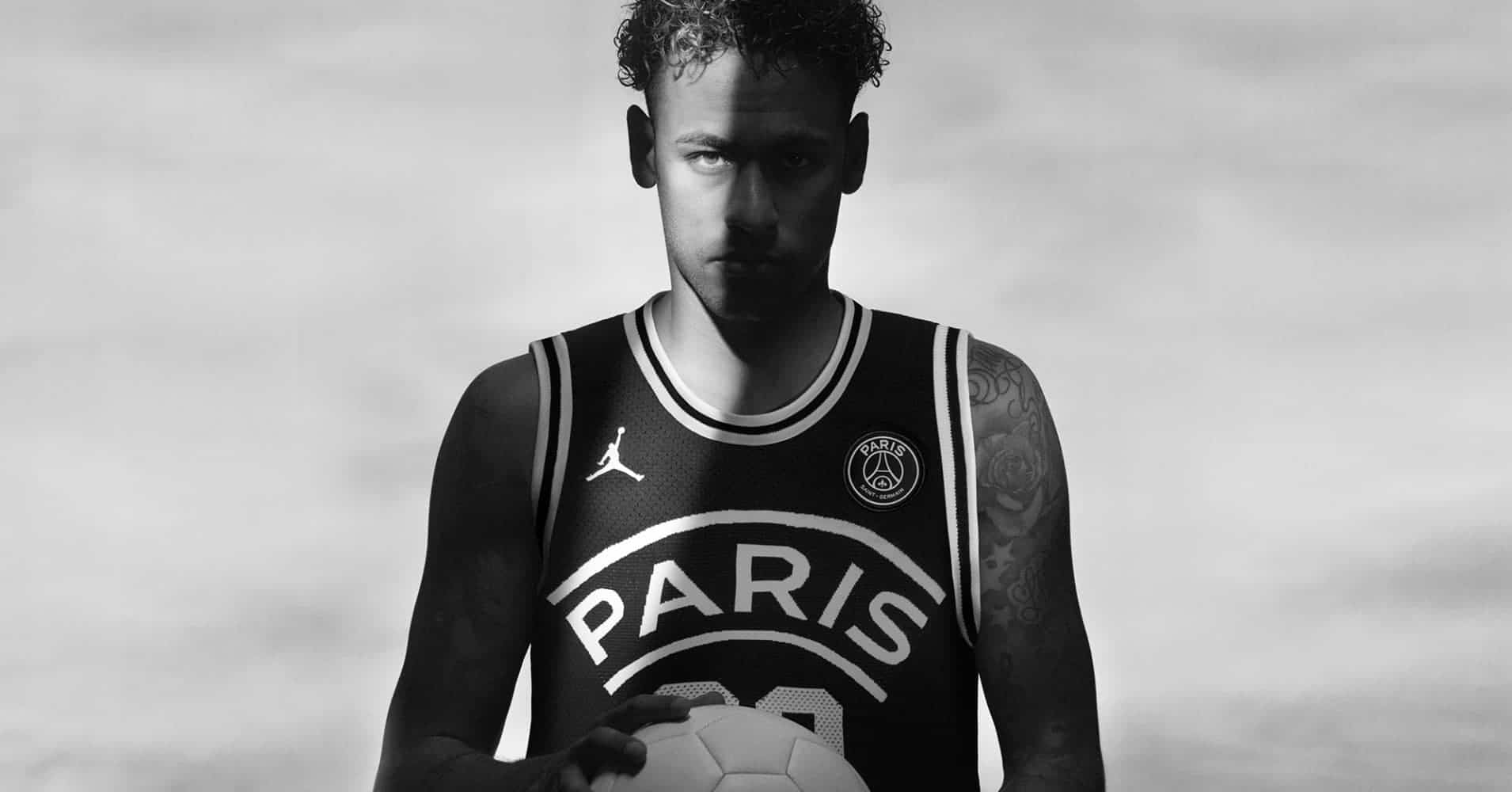 There aren’t many stereotypes in Western society as lazy or widespread as the notion that men are “strong and simple”.
In fact, this idea is so powerful and pervasive that it has dictated the shape of popular masculine culture for the better part of a century. In the past, mainstream discourse has done its best to depict men—particularly young men—as interested in just a handful of things. Sports, music, technology, and cars, for instance, are well established tropes of this persona, and have long since been given the “manly” seal of approval. Conversely, many of life’s more esoteric interests are shunned by mainstream masculine society. At the furthest end of that spectrum is fashion.

While men are often applauded for looking “smart”, “handsome” or “well-dressed”, fashion as a whole has typically been considered too frivolous or eccentric to be a truly masculine interest. Twenty years ago, the idea that a famous designer or clothing brand could play as big a role in the life of a man as, say, a sports team or popular musician would have seemed absurd. And yet, among the younger generations of men today—both Millennials and Gen Z—this is exactly what is happening.

Thanks to a series of major cultural tipping points over the past decade—namely, the boom in visual forms of social media like Instagram and the vocal approval of heavyweight celebrities like A$AP Rocky and Kanye West—fashion has transitioned from a niche interest among a socially isolated group to a fundamental cornerstone of the modern masculine identity. Far from being something enjoyed solely by rich city dwellers, the evidence increasingly shows that everyday men from across the world are taking a greater interest in their appearance than ever before. For proof, you need only look at the numbers.

According to Euromonitor International, menswear has outperformed womenswear in terms of growth for four of the past five years and is predicted to continue on this path until at least 2021. The same projections estimate the global menswear market to be worth $457 billion by 2020, fuelled by phenomena such as a 14% growth in sales of men’s designer apparel since 2015 and more than 16% growth in men’s ecommerce. According to IBISWorld, between 2010 and 2015 fashion was the fastest growing ecommerce sector among men around the world. By almost any measure you choose, this industry is booming.

Yet, while these statistics reveal a general upswing in the overall business of men’s fashion, perhaps more interesting are some of the qualitative studies that have been conducted recently. A 2017 whitepaper from UK-based research agency Pragma indicated that Millennial men spend around 37% more on clothing each year than the average man, while Germany’s annual Best For Planning survey revealed that more than 50% of Millennial men buy new clothes once every three months. Remarkably, that study also showed that 19% of the same demographic shop for new clothing once a month or more.

Taken overall, these statistics reveal that young men today are shopping for clothing more frequently, and at higher price points, than their predecessors ever did. In fact, fashion is so important to young men today that it now rivals many of the other more traditional areas of masculine culture.

At the time of writing, the hashtag #mensfashion shows nearly 40 million uses on Instagram. For comparison, the hashtag #cars has just 41 million, while #soccer trails with 30 million and #basketball sits way back at 23 million. Stats such as these show the parity of esteem that fashion holds in the lives of today’s predominantly young, digitally savvy, internationally connected consumers.

This re-evaluation of priorities requires a new way of thinking for marketers but, when handled well, it can open up a whole new frontier of sponsorship opportunities.

Fashion today has become something of a gatekeeper in terms of reaching a young male audience. Whether it’s via traditional sponsorship deals or the increasingly popular practice of “collaboration”, more and more brands are discovering it as a means to break into this highly lucrative, yet frustratingly difficult, demographic.

One property that was quick to capitalize on this shift was the French soccer team Paris Saint-Germain. In recent years the club felt that it lacked the global recognition of some of its peers and was struggling to attract young fans. In a bid to counteract this, PSG made the shock decision last year to switch its official kit provider from Nike to Jordan Brand—a sub-division of the company known primarily for its role in basketball, hip-hop and streetwear. Alongside the official PSG kit came two limited edition sneaker releases plus a full clothing collection, all of which was marketed primarily at the young fashion market, not traditional soccer fans.

The effect that this decision had on Paris Saint-Germain’s image was unmistakable. In a very short time, the club began to pick up media coverage on trend-setting websites such as Highsnobiety, Complex, GQ and HYPEBEAST, while A-list celebrities like Will Smith, Justin Timberlake and Travis Scott began to support the club’s products both in public and on social media.

Despite the fact that none of these individuals has an established presence within the world of soccer, and that, prior to this move, PSG had no real place in men’s fashion, this well planned collaboration helped the PSG name become a globally recognized style property and reach millions of potential new fans. At its heart, this “collaboration” was little more than a co-branded sponsorship deal, and yet its success was far greater than anything that could have been achieved had the club chosen to work with an automotive, technology or consumer goods provider.

Other soccer teams have also made similar moves of late such as Manchester City and Manchester United (two of the biggest sports franchises in the world) as well as Juventus in Italy. The practice has even spread from soccer to other sports. Wilson recently leveraged streetwear mega brand A Bathing Ape to help them sell tennis rackets, and adidas invited Palace Skateboards to co-design their official kit for Wimbledon in 2018.

But it’s not just sports brands that have leveraged the potential for sponsored fashion partnerships. Coca-Cola has long understood the power of this sector, and today releases regular clothing and footwear collaborations with some of the most respected names in the streetwear industry. In a similar vein, US fast food chain White Castle recently enlisted edgy fashion label Telfar to design new uniforms for all 15,000 of its staff, which were also made available for public purchase.

While the direct effect of this activity on either Coke or White Castle sales can’t be verified, the establishment of a brand’s iconography as a bona fide fashion statement ensures it remains relevant in a time when soft drink and fast food consumption is facing scrutiny and decline. Put simply, it’s smart long-term thinking.

Elsewhere, carmakers like Cadillac and Mini have begun directly supporting upcoming fashion designers, providing them with funds and publicity to help advance their burgeoning careers. Meanwhile, Mercedes-Benz has been sponsoring fashion weeks around the world for the better part of a decade. Such activity allows these brands to become associated with the alternative, cosmopolitan lifestyles they so want to be a part of—even if the target market in question isn’t able to afford the cars themselves.

Even a supposedly evergreen force like IKEA has sought to affiliate itself with the fashion world. They recently teamed up with the creative director of Louis Vuitton on a range of homewares. Meanwhile, postal giant DHL enjoyed three bizarre years in the fashion spotlight courtesy of a very incongruous partnership with the luxury fashion label Vetements. Both of these moves might seem puzzling when taken at face value. And yet, each one has secured the admiration of a whole new generation of young male shoppers—one that has decades of buying power ahead of it.

While the examples listed here are just the tip of the iceberg, they all share a clear goal: to increase brand appeal among young consumers who feel increasingly indifferent towards traditional forms of advertising and sponsorship.

While older generations might view such tactics with scepticism, today’s modern man has fully embraced an identity that places a high value on trends, aesthetic culture and brand awareness. For the companies that already recognize this, there is a rich world of opportunity to capitalize on. For those that don’t, there is sure to be a rude awakening on the horizon.